In the first game, the Duhawks’ lead off, junior Ashley Lentine, smashed a solo home-run to the opposite field on the second pitch. Also in the first inning, the Duhawks batted through their whole order while scoring five runs before retiring to the field. On the defensive end, sophomore pitcher Emily Reilly pitched a one-hitter in five innings, including seven strike-outs and only one earned run.

“The offense this weekend was phenomenal,” said Reilly. “For the first game we were the away team and we scored five runs. Having five runs before going out to the circle for my first pitch helped me relax my nerves.”

Loras beat Crown 12-2 after 5 innings, but they weren’t done yet.

In their second game against Crown, the Duhawks beat their previous score by one run, defeating Crown 13-1 after five innings. This time in the circle, senior Emma Corkill held the Crown offense to a mere two hits with two strikeouts. Junior Bayley Monroe entered the game in the fifth inning to close out the win. Monroe didn’t allow any hits, and only saw three Crown batters in her solo-inning. For the Duhawk offense, Lentine, senior Tara Shingler, and junior Lauren Fritz had two RBIs each.

Throughout the double-header against Crown, the Duhawks scored 25 runs on 31 hits in 10 innings, while holding Crown to three hits and three runs over the two games.

On their second day playing under the dome, the Duhawks met with Minnesota Morris for two games, that ended in a split.

The Duhawks used their momentum from the previous day to push past Morris in game one. In the second inning, the Duhawks scored six runs off nine hits, while Reilly held Morris to zero runs on six hits in the entire game. Leading the Duhawks offense in game one, senior Bria Lenten, who is three hits away from 100 career-hits, went three-for-four, with an RBI. Lentine went one-for-two while being walked two times.

In game two, the Duhawks fell short of a 4-0 weekend by one game, because of their loss against Morris 5-4. The Duhawks were unable to string runs together even though they had nine hits and Morris had eight. Loras left seven on-base and fell short.

“Many teams in our conference look past us, and I believe we need to continue with the mindset of ‘work hard in silence, let our success be our noise,’” said Reilly of her goals for Loras in their 2018 season.

The next matchup for the Duhawks will be at home, at Faber-Clark field, against Grinnell College on Saturday, March 10, at 1 p.m. and 3 p.m. 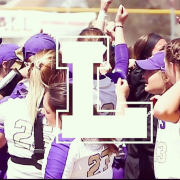