Dean of students finds himself in a sticky situation at fundraiser

As spring break approaches, service trip organizers are finalizing their fundraising efforts. One group, the Honduras service trip, eagerly took the challenge of fundraising for their trip and those they will be serving in Honduras.

Despite sharing some of the proceeds generated by the St. Pat’s Party a few weeks ago, the Honduras group organized another fundraiser: “Stick it to the Dean.” This event was held Monday, March 20, from 11 a.m.-1 p.m. outside of the Cafe.

For those who are unfamiliar with the event, “Stick it to the Dean” sold duct tape to students, faculty and staff in order to “stick” an individual to the wall. The event was suggested by Hannah Shuler, AC of Binz and Smyth Halls and LMAC Apartments, who participated in it during her college career for “Stick it to the RA”. In fact, Shuler was the victim of the event when she was an RA, so she was excited to pass on the event to another willing volunteer. When she suggested the fundraiser to the Honduras group, everyone jumped on board.

Shuler contacted Art Sunleaf, dean of students, asking if he would volunteer for the event. Graciously, Sunleaf accepted the challenge, eager to help the service trip in any way.

“I was really excited to bring this fundraiser to Loras College after doing it as a RA during college, and I knew Art was the perfect person for the job,” said Shuler.

Sunday, March 19, students from the group went around the residence halls and apartments knocking on doors and asking for donations for the event. Students could buy different amounts of duct tape for different prices. An entire roll was $20, a wingspan was $10, a yard was $5, and one foot was $1.

Those going door to door recorded names so students could pick up their duct tape during the event the following day and stick Sunleaf to the wall. The group was amazed by the generosity of their peers as some dumped jars worth of change for the cause. The group even made a Go Fund Me account after getting requests from those off campus such as graduates, friends and family who wanted to donate to the event.

On the day of the event, students, faculty and staff flocked outside of the Cafe to pick up or purchase their duct tape to stick their dean to an old door propped up against the rock wall outside the Pub. Even President Collins showed up and purchased some tape. Other students on their way to lunch were drawn in by the excited Honduras group, encouraging everyone to donate even their spare change. The event even reached out to those not yet a part of the Loras community.

“I was on a tour with a prospective student, and she thought it very cool to see how our dean was part of the community and how we have a great sense of fun here at Loras College,”  said senior Kenzie Elsbernd.

Sunleaf himself was a gracious participant, encouraging people to buy more tape and claiming it would take a lot to hold him up. He even joked with passersby saying “I’m not going anywhere” and “I think I’ll just stick around.”

The goal was to wrap Sunleaf in enough tape that he would be held up when the stool under his feet was removed. At 1 p.m., the group removed the stool to find that their goal had been achieved. Sunleaf stuck.

Overall, the event was a huge success, raising $402 dollars that will go directly to the trip and those they will serve while in Honduras. The group would like to thank all those who participated, especially Sunleaf, for their generosity. They are excited to use the funds to help the people they will be serving in Honduras. The service trip will take place on April 8-15. If you are interested in learning more about service trips, contact Crystal Kleitsch at crystal.kleitsch@loras.edu. 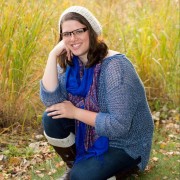